Scared? You Should Be! Take A Peek at Haunted New Orleans!

As one of the spookiest and most haunted cities in the United States, the phrase “Haunted New Orleans” is borderline redundant. Known for its ghost sightings, haunted hotels, abandoned buildings, and gruesome tales, New Orleans is so rich with dark secrets and lore that it’s an essential part of the city’s character.

From the spirits and spots of yesteryear to ghastly landmarks you can still see today, there’s no end to the excitement that haunted New Orleans holds.

Whether you want a festive fright for Halloween or crave the spookiness year-round, New Orleans always celebrates its supernatural side! Here’s some of New Orleans’ best paranormal activities for making your next New Orleans visit a mystical experience. Walking through the French Quarter at night is a spooky activity in and of itself. But if you want the full effect of this iconic neighborhood’s history, take a stroll with one of New Orleans’ infamous French Quarter Phantoms Ghost Tours or Haunted History Tours. 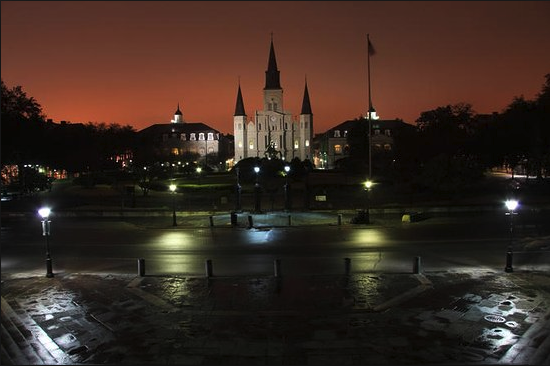 See the Spooky Side of NOLA with a French Quarter Ghost Tour. (Photo courtesy of tripadvisor.com)

Led by knowledgable guides, these tours invite visitors to explore haunted New Orleans through the lens of its ghost stories, macabre characters, and frightful folklore. The group outings are tons of fun and endlessly fascinating – some tours even offer cemetery ghost tours!

You’ll have a blast getting wrapped up in these spooky stories. Just be sure to keep an eye out for New Orleans’ famous ghosts – they’ve been known to make an appearance.

One of the most haunted French Quarter locations is also on the list for its’ most eccentric museums – the New Orleans Pharmacy Museum. 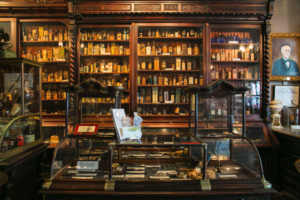 The Pharmacy Museum Has More Than a Collection of Creepy Oddities. (Photo Courtesy of neworleansonline.com)

This museum was home to America’s first licensed pharmacist, who was known for having performed illegal experimental surgeries on women. The museum is filled with all of his past tools and other voodoo potions,

But be wary during your visit – it is said the pharmacist still haunts the 3rd floor of the building!

If you’re looking to get your adrenaline really pumping, visiting one of New Orleans’ spooky haunted houses will do the trick!

City Park is home to one of the newest and most immersive haunted landscapes in New Orleans – Scout Island Scream Park. 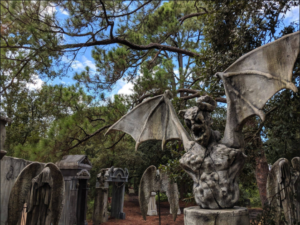 This creepy attraction is the highlight of the Halloween season. It offers a chilling experience unlike any other!

The special effects, costumes, and makeup are above and beyond – which is exactly what you would expect in NOLA.

Fans of American Horror Story: Coven will recognize one of these famous locations, the LaLaurie Mansion. 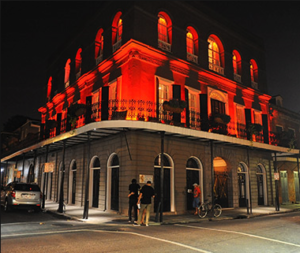 This Royal Street house dates back to 1832. When the LaLaurie family lived there, the house caught fire and inside firefighters found a torture chamber filled with slaves that Madame LaLaurie had been brutally torturing for years.

It’s a chilling tale that labeled the mansion one New Orleans’ most haunted spots. And the site has seen more than a few ghosts in the centuries since.

There’s so many spooky spots to explore in New Orleans. And even though NOLA’s best haunts are more than a little scary, they go hand-in-hand with its rich history.

And in a city that views the spirit world as a friendly neighbor, every ghost story takes on a life of its own!

Don’t wait for the bewitching hour to start planning your trip to haunted New Orleans. Book your stay with us today!