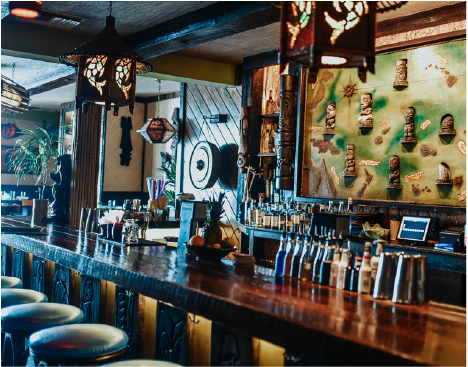 There has been a bundle of new restaurants in New Orleans to open this year throughout the city, all with different styles and tastes. New Orleans is known for producing some of the most delicious foods in the country, and with each passing year, more and more restaurants are proving that reputation to be true.

So far in 2014 New Orleans has seen many new tasteful surprises all over the city. Among these new restaurants are Milkfish, Root Squared, Pizza Domenica, Del Fuego, Seed and several others. Although 2014 is slowly coming to an end, the continuous streak of new restaurant openings has yet to die down!

This October Jeff Beachbum Berry’s Latitude 29 will be opening. The New Orleans restaurant is located here in our very own Bienville House where Iris was previously located. Managed by Berry and wife Annene, the restaurant will be serving an Asian-inspired menu created by Twelve Mile Limit’s very own Chris Shortall. The restaurant is set to open the third week of October, so let the countdown commence!

Also opening this fall in New Orleans is Boiree, which promises to be primarily a daiquiri and wing restaurant, but will also be serving “elevated street food.” The restaurant will be located in the current location of Boucherie.

These new restaurant openings this fall are bringing new and exciting tastes to the city of New Orleans. Book your stay at Bienville House now so you can be one of the first to try Latitude 29 when it opens.