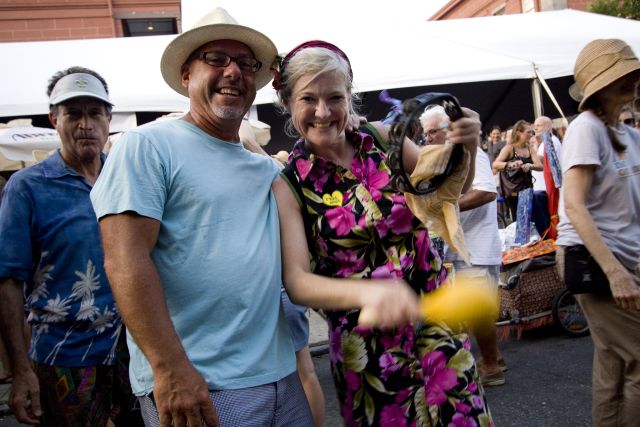 Many cities celebrate the warm weather summer months with an abundance of festivals, and New Orleans is no exception. Not only do we provide summer festivities, we do it in a way that no other city in the country can offer. A prime example of a uniquely NOLA summer event is the Satchmo Summer Fest! New Orleans’ most famous son is Louis Armstrong, the iconic musician, actor, and lasting cultural icon who was born and raised in New Orleans. Louis “Satchmo” Armstrong transformed the way the world saw jazz. “There are two kinds of music,” he once told. “The good and the bad kind. I play the good kind.” It would be hard to come by a single soul who didn’t agree.

Here in New Orleans, we celebrate Satchmo with his very own festival. Satchmo SummerFest runs from August 4-7, 2016. Take a look at what’s happening during this fun, affordable ($5) festival located just blocks from our hotel.

The fest features more than 100 artists on two stages, most of which are local brass bands as or jazz performers (both contemporary and traditional). The 2016 lineup includes local favorites like Big Sam’s Funky Nation, The Soul Rebels, The Original Pinettes Brass Band, and Charmaine Neville. And if music makes you want to dance? No problem. Take advantage of free swing dance lessons happening twice-daily.

New Orleans festival food is always a great excuse to chow down. Choose from classic dishes like red beans and rice, crawfish pie, po-boys and many other dishes to choose from. You can also wash it all down with an Abita Beer or a mango daiquiri, or head over to Latitude 29 for even more tropical concoctions.

In addition to exciting music programming, you can attend several special events going on during the festival. Head to the Le Petit Théâtre Du Vieux Carré (it’s right next to Jackson Square) for the Satchmo Symposium, a series of presentations exploring the history and legacy of Louis Armstrong’s music. This year’s topics include the friendship of Armstrong and Bing Crosby, Satchmo’s influence on popular music, and rare screenings of Armstrong’s appearances on The Ed Sullivan Show in the 1950s and 1960s.

If you have little ones in tow, there are also plenty of family fun activities inside the Louisiana State Museum’s Arsenal, including a Zulu coconut decorating station, instrument making and a second line umbrella decoration and celebration station. How to Get There

Most of Satchmo SummerFest (including two stages, food, exhibits, and more) happens in and around the Old U.S. Mint next to the French Market on Decatur Street. It’s a straight shot from our hotel and full of scenic sights, like Jackson Square, along the way.

Where To Stay for Satchmo SummerFest

Visiting New Orleans for Satchmo SummerFest? Our French Quarter hotel is within a short walking distance of all of the festivities, plus you’ll love relaxing in our courtyard and taking a dip in the pool after a day of festing. Book your room today!